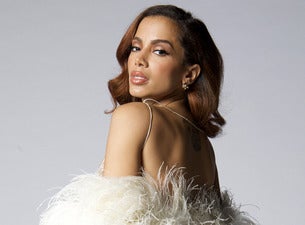 Since the beginning, Anitta is considered one of the most relevant personalities on social networks and a sex symbol. In 2012 she was noticed thanks to the single Meiga e abusada and from that moment, she began a career in which she released five albums and obtained a remarkable international success thanks to songs in English, Spanish and Italian. Anitta has collaborated with great artists such as Madonna, Major Lazer, Maluma, Ricky Martin, Alok and Ludmilla.

The debut album Anitta is released in June 2013 and obtained great feedback internationally thanks to the song Show das poderosas and turned out to be one of the most appreciated artists in Brazil.

In 2014 her second album Ritmo perfeito is released, anticipated by the single Blá blá blá. In the same year she performed at the Latin Grammy Awards and took part in several Brazilian films.

In 2015 she released the album Bang, anticipated by the single Deixa ele sofrer, which led her to be the first Brazilian singer to win the MTV Europe Music Awards as Best Latin America. In the following two years Anitta released several collaborations including Sim ou não with Maluma, Ginza with J Balvin, Switch with Iggy Azalea and Sua cara with Major Lazer and Pabllo Vittar.

In 2019, Anitta debuted as a judge on The Voice Mexico and released the polyglot EP Solo and the album Kisses. After releasing other collaborations with Latin artists, Anitta performed with the Black Eyed Peas at Rock in Rio on the notes of Explosion.

In the summer of 2020 she became known in Italy thanks to a collaboration with the singer Fred De Palma on the notes of the single Paloma, followed a year later by the song Un altro ballo. Anitta's latest single is Girl from Rio.

Do not miss one of the most appreciated Latin artists in the world!