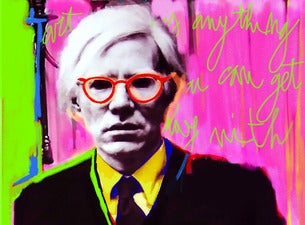 Andy Warhol and the New Pop, the exhibition organized by Fondazione Mazzoleni and curated by Simona Occioni with the patronage of the Municipality of Forte dei Marmi and the Order of the Knights of Malta, will inaugurate the new year in the prestigious Villa Bertelli in Forte dei Marmi on 28 January and will remain on display until May 29 2022.

The exhibition will bring Andy Warhol’s unique pieces to Forte dei Marmi, offering visitors an insight into last century’s innovative Pop Art and the icon of a radical change in the artistic conception widespread until then. Warhol employed the new artistic languages creating art to be consumed, transformed and reworked everyday objects into actual icons of popular art.

For Andy Warhol and the New Pop, Fondazione Mazzoleni, which have been involved for years in the promotion of young artists and great authors in the Italian and international art scene, have selected a collection of about 100 works, including the Marilyn, the Mao, the Flowers and the Campbell's but also the rarest and most unobtainable memorabilia such as Michael Jackson's shoes and the Rolling Stones guitar, to be displayed on the first floor of the Villa.

In the rooms on the second floor of the Villa, visitors will be able to discover the works of some of the artists belonging the New Pop movement.

Come to discover the undisputed master of the Pop Art!