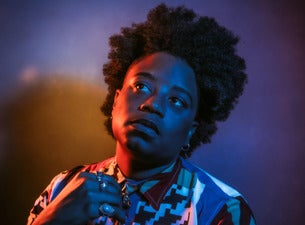 Amythyst Kiah is an American songwriter, musician and actress from Chattanooga, Tennessee. The artist was born in 1986 from a family full of passion for art and music. Amythyst attended a creative arts high school where she learned to play guitar.

After graduating from the East Tennessee State University, Amythyst Kiah has begun her career in the music industry as a solo artist, with the band Her Chest of Glass and with the Our Native Daughters.

Amythyst Kiah debuted in 2013 with the album Dig produced and recorded at the University of Tennessee followed by the EP Her Chest of Glass of 2017 and by Wary + Strange of 2021 included by Rolling Stone in the list of the best 25 country album of the year.

Together with Rhiannon Giddens, Leyla McCalla e Allison Russell, Amythyst Kiah took part in the project Our Native Daughters. The band released the homonymous album Songs by Our Native Daughters in 2019 which earned a Grammy Awards Best American Roots Song nomination for the song Black Myself which featured on this album.

The latest work of Amythyst Kiah is the cover of Joy Division’s Love Will Tear Us Apart released in 2022.