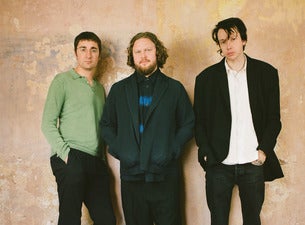 
Alt-J were born in 2007 after form the encounter of di Gwil Sainsbury (guitar and bass), Joe Newman (voice and guitar), Gus Unger-Hamilton (keyboards) and Thom Green (drums) at the University of Leeds where they started to write and to produce songs with the software GarageBand.

The band debuted in 2012 with the album An Awesome Way featuring the songs Matilda/Fitzpleasure, Breezeblocks and Tessellate. Following the victory of the prestigious Mercury Prize, An Awesome Way was certified platinum reaching the top 20 of the UK Albums Chart besides obtaining success in the USA, Australia, and all over Europe.

After the bassist Gwil Sainsbury left, Alt-J released the famous This is All Yours of 2012 nominated at Grammy Awards for Best Alternative Music Album. The album was a huge success thanks to songs like Hunger of the Pine, Left Hand Free and Every Other Freckle reaching the top of the UK Albums Chart and the Top 10 of the American album charts.

This is All Yours was followed by RELAXER of 2017 who brought Alt-J to perform at the most important music festivals such as Glastonbury, Montreux Jazz Festival and Loollapalooza. RELAXER includes the songs 3WW, In Cold Blood, Adeline, Deadcrush and Pleader.

In 2021 Alt-J has returned after a three-year absence with the songs U&ME and Get Better. The songs precede The Dream, the new album of the band which will be released in February 2022.

You can’t miss the Italian shows of Alt-J, buy immediately the official tickets!