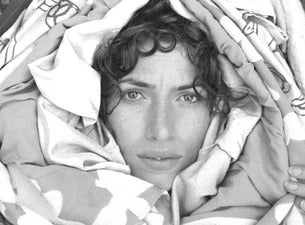 The concert of Aldous Harding previously scheduled for March 14 2022 at Santeria Toscana 31 has been rescheduled for April 2 2023 at the same venue. If you have already bought the tickets, these will be valid for the new show.


Aldous Harding is back in Italy for a unique show on April 2 2023 at Santeria Toscana 31 in Milan.

Aldous Harding is a folk songwriter from New Zealand. Discovered as she was performing on the streets of Lyttelton, Aldous Harding has managed to impress some of the most prominent personalities of the music industry all over the world.

In 2016 Aldous released her debut album Aldous Harding. The record was rated 4 stars by the music magazines Mojo and Uncut.

In May 2017, Aldous Harding released via the independent label 4AD (The National, Big Thief, Dry Cleaning) the record Party, containing the singles Horizon and Imagining My Man with the collaboration of Perfume Genius. The release of the record was followed by a tour with 100 dates that has brought the songwriter on the most important European stages.

You can’t miss the only Italian show of the Kiwi songwriter!